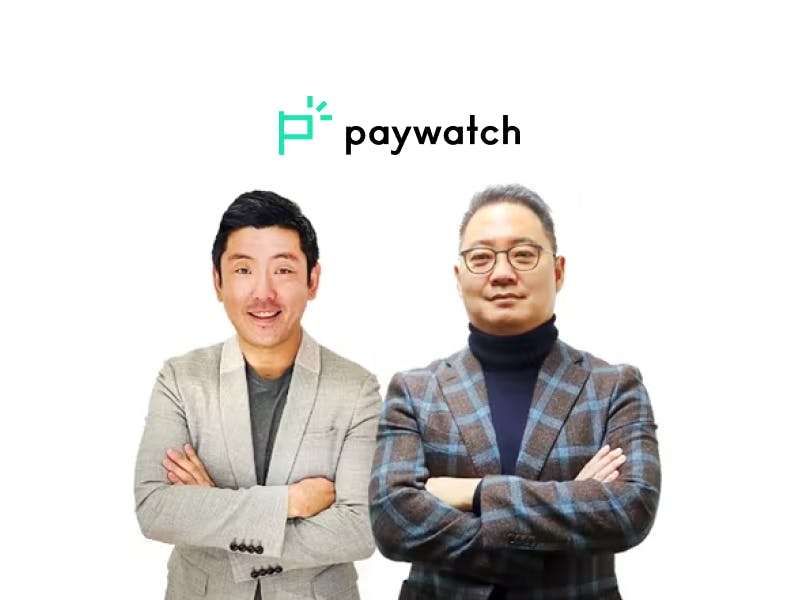 Paywatch is the only EWA service provider in Asia that works with top banks - such as Hong Leong Bank in Malaysia and Hana Bank in South Korea - to provide workers access to their earned wages, in real-time, before pay day. In addition to providing liquidity to the workforce, Paywatch also serves as a bridge that provides its underbanked users with direct financial access to reputable banks. To date, Paywatch has integrated with five established financial institutions across Asia.

The majority of the Southeast Asian workforce is considered underbanked, with over 55% of Malaysians not having the access to financial resources and services - and this percentage is even higher in other markets.

Paywatch, founded by brothers Richard Kim and Alex Kim, takes a big step towards democratising the financial system in Southeast Asia. Richard - a financial veteran, former country manager of MasterCard Prepaid, and former Senior Vice President of HSBC in South Korea - recognised that his own previous employees lacked access to banks and were forced to turn to high interest cash advances on credit cards or payday lenders to cope with unexpected financial strain.

“A predictable and healthy financial lifestyle plays a big role in ensuring workers’ happiness and mental health, but achieving it is only possible when workers can deal with unexpected financial burdens. Paywatch aims to promote financial inclusion by helping workers achieve financial security and gain financial access to major banks. For companies, our flexible payroll system has made them more competitive in attracting talent and increased retention in the face of the ‘great resignation’,” said Richard Kim, founder and CEO at Paywatch.

With this seed financing, Paywatch welcomes Third Prime as a new partner.

“The team at Third Prime has an exemplary record of actively helping emerging FinTech companies to scale and drive value for end-users,” said Alex Kim, co-founder and President. “We are excited to leverage their experience and expertise at this time of rapid growth for Paywatch."

Operating in South Korea, Malaysia and Hong Kong, the company plans to use the fresh funds to further grow its presence in existing markets, as well as accelerate expansion efforts into new Southeast Asian markets, including Indonesia and the Philippines.

"On-demand pay has seen meaningful traction in the United States as a modern way for individuals to exercise greater control over their financial health. We see an enormous opportunity for Paywatch to use this model to democratise access to capital throughout Asia," said Michael Kim, Partner at Third Prime. "We invested in Paywatch because we believe they are uniquely positioned to scale across the region and address this need, providing significant value for not only individuals but all other stakeholders."

Paywatch is part of the regulatory sandbox of the Financial Services Commission in South Korea and currently works with over 50 companies in the country, and is backed by notable Korean personalities such as South Korean singer and actor Choi Si-Won. In Malaysia, Paywatch has been recognised by the UN Capital Development Fund, Bank Negara Malaysia and MDEC for its financial inclusion initiatives.

Paywatch is the only earned wage access service provider backed by major banks and recognised by the United Nations and regulators for its commitment to financial access and ESG.  Working with top banks and employers in each of its markets, Paywatch serves as a bridge to help employees get banked, start getting credit the right way and find financial security.  Paywatch operates in South Korea, Malaysia and Hong Kong.

Third Prime is a U.S.-based venture firm focused primarily on the FinTech, PropTech and Crypto sectors. We invest in world-class entrepreneurs at the earliest stages and provide long-term support. Our offices are located in New York City, New York and Nashville, Tennessee.

Founded by entrepreneurs for entrepreneurs, SparkLabs Group is network of global startup accelerators and venture capital funds that has invested in over 300 startups across 6 continents since 2013.